The Terminator actor, 73, shared the news on social media on Friday, October 23.

In his post, the former California governor said the procedure was done at the Cleveland Clinic in Ohio and that he is already up and walking about the streets of Cleveland.

ALSO READ:  Medic reveals dilemma after curious woman brings her husband's 'ulcer medication' to clinic but it's HIV drugs and her husband kept her in the dark 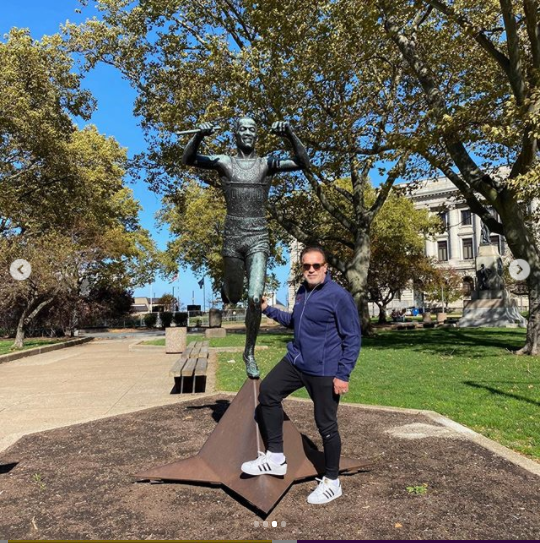 He wrote; ‘Thanks to the team at the Cleveland Clinic, I have a new aortic valve to go along with my new pulmonary valve from my last surgery. I feel fantastic and have already been walking the streets of Cleveland enjoying your amazing statues. Thank you to every doc and nurse on my team!’

ALSO READ:  Bauchi Governor's son shares photo of his father kneeling before a sick patient in the hospital 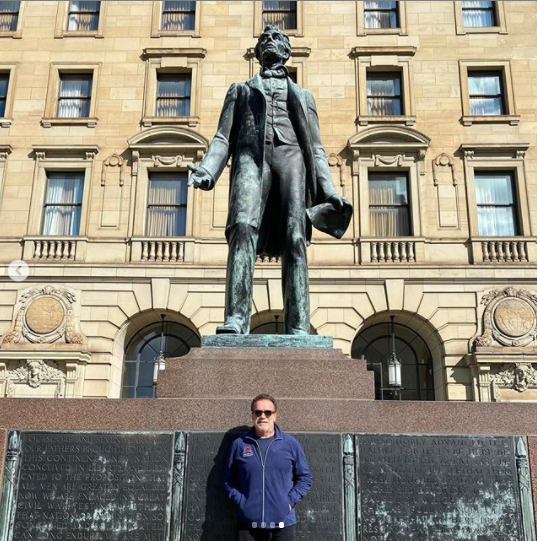 Nigerian man needs a well-mannered and focused lady for serious relationship; Says “she must be prayerful with a little touch of Nicki Minaj”

Wolves have confirmed that striker Raul Jimenez suffered a fractured skull and has undergone an operation following his head clash with David Luis against Arsenal on Sunday, November 29.

The Mexican striker was stretchered off after the head clash with Arsenal defender David Luiz and was given oxygen after the accidental incident.

The clash of heads occurred early in the match and resulted in a lengthy delay of around 10 minutes as paramedics and medical staff saw to both players.

A London Ambulance Service spokesperson said: “We were called at 7:27pm today (29 November) to reports of a person injured at Emirates Stadium on Queensland Road, Holloway.

“We sent an ambulance crew, an advanced paramedic, an incident response officer and a medic in car to the scene. We also dispatched London’s Air Ambulance by car.

Sponsored
ALSO READ:  Bauchi Governor's son shares photo of his father kneeling before a sick patient in the hospital

“We treated a man at the scene and took him to a major trauma centre.”

The 29-year-old was taken to a London hospital, where he was conscious and responding to treatment.

In a statement on Monday, Wolves said: “Raul is comfortable following an operation last night, which he underwent in a London hospital.

“He has since seen his partner Daniela and is now resting. He will remain under observation for a few days while he begins his recovery.

ALSO READ:  Peter and Paul Okoye celebrate themselves on their birthday without celebrating each other

“The club would like to thank the medical staff at Arsenal, the NHS paramedics, hospital staff and surgeons who, through their skill and early response, were of such help.

“The club ask that Raul and his family are now afforded a period of space and privacy, before any further updates are provided in due course.”

A South African nurse who is HIV positive, has revealed how she’s been keeping her partner safe from the virus.

According to Angela Motsusi, HIV patients who take their ARVs daily, attend all clinic appointments and do blood checks as scheduled are safe of have sex with a negative partner.

Living testimonies of #UequalsU , it’s simple really, if you are HIV positive, take your ARVs daily and attend all your clinic appointments and do blood checks as scheduled, by taking your treatment everyday you will be virally suppressed and with a sustained, suppressed viral load you CANNOT sexually transmit HIV to your partner, I am positive and he is negative. #normalizinghivchallenge #uequalsusouthafrica

Charley Boy’s daughter, Dewy calls her father out after he revealed how he feels about her sexuality

Charley Boy’s daughter, Dewy Oputa has called her father out after he went online to reveal how he feels about her being gay.

The Nigerian singer told of how he felt when his daughter came out to him. He said he felt so many emotions but added that he loves her so much and is “grateful for the experience of having a gay or lesbian child”.

She accused him of using her story for “follows”.

She wrote: “But just a few days ago… you know what never mind, we already did this in 2018. Imma let you post your lil content for your follows.”

ALSO READ:  Peter and Paul Okoye celebrate themselves on their birthday without celebrating each other

Charley Boy responded, begging her and telling her how proud he is of her and how much he loves her.